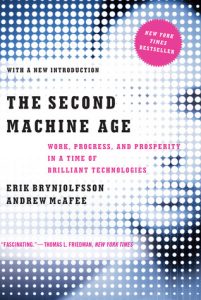 The rapid advancement of technology lately has potentially big implications on society. The book “The second machine age” by Erik Brynjolfsson and Andrew McAfee is taking a look at exactly that. Here the points I took away: