A giant leap for… your arms

Where are we now. We have an idea. We have many openings. These need to be barricaded. First question: What is the easiest way forward? I imported my beloved ProBuilder and created a first rough level and placed an awesome free zombie from the Asset Store in there. 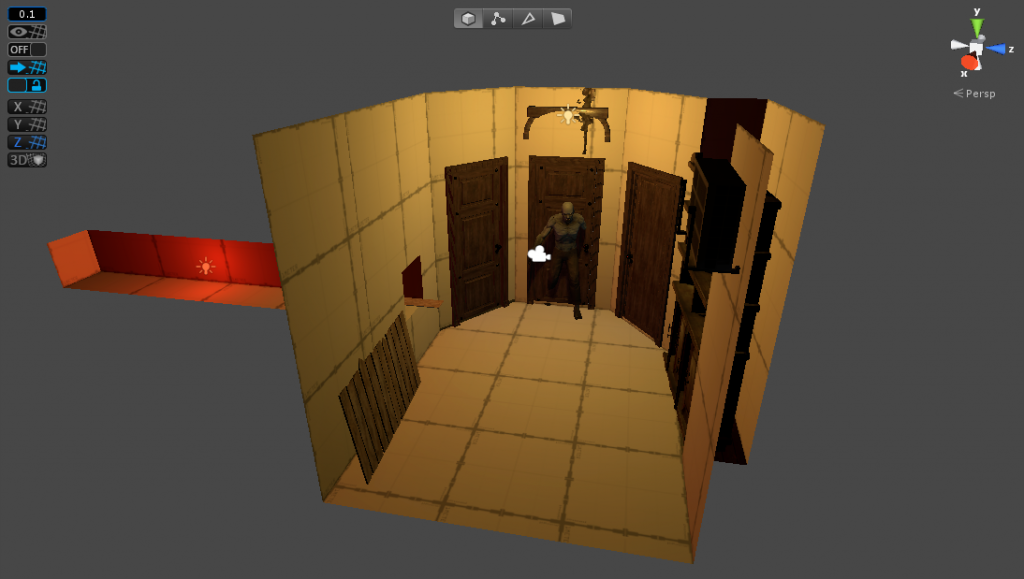 After a first texturing iteration and some decals we end up with this. 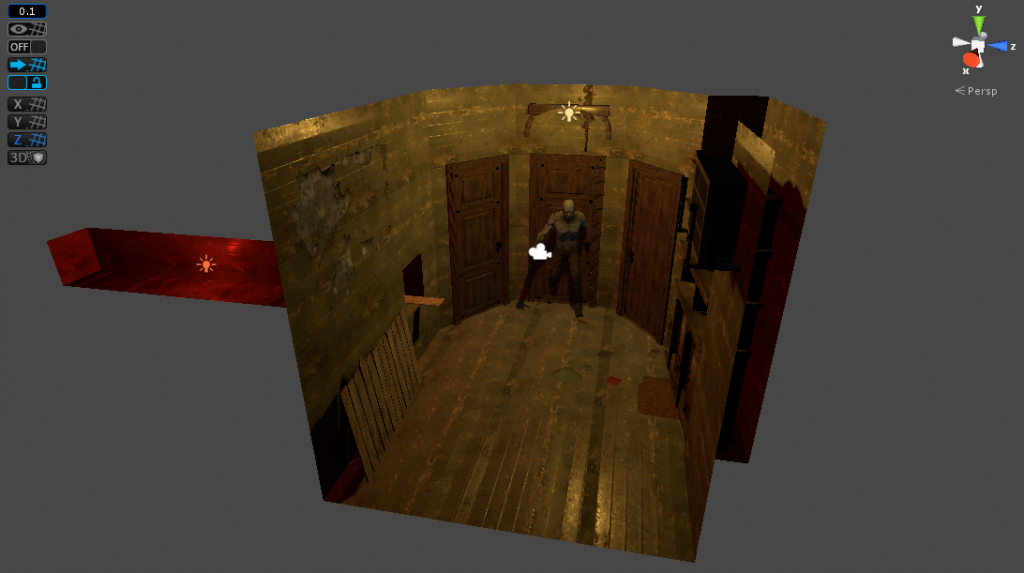 A first look around in play mode is indeed quite scary already but shows several culprits of that approach:

A first solution: reduce the doors and make the room more narrow. 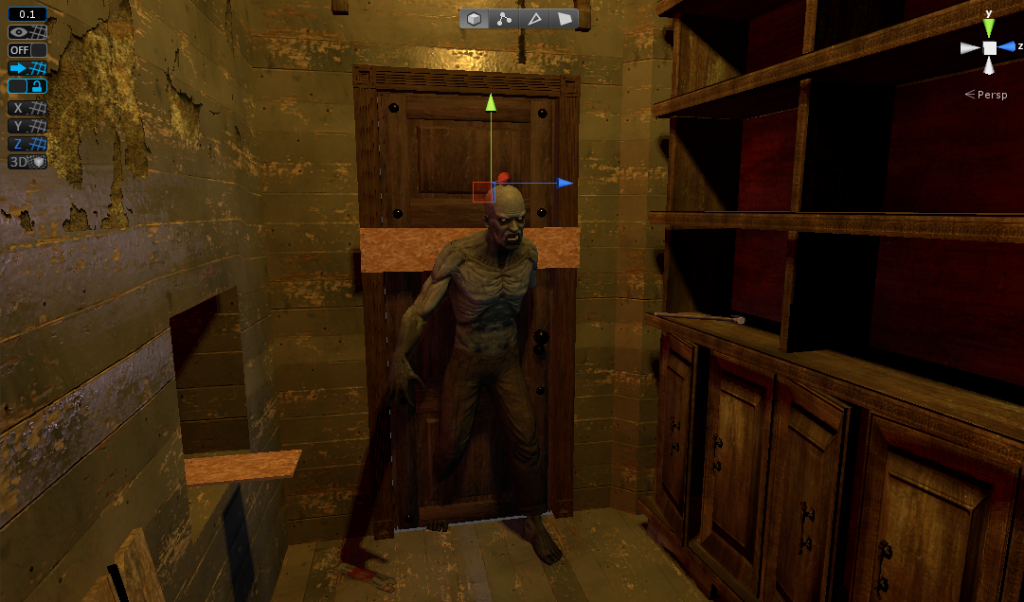 While this works it is much less fun since one can keep one door shut easily. Not too exciting. So maybe the golden middle is good, two doors. 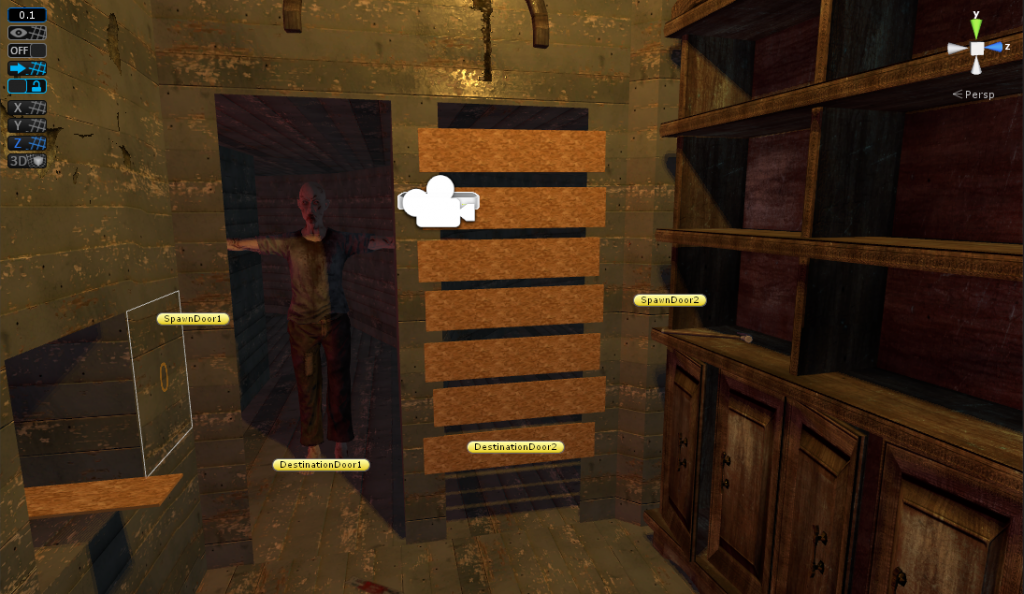 And indeed it is. A bit of tweaking of the perfect width of the openings and I also got rid of the initial doors which solved the separate breaking animation issue. Both sides can easily be reached now with the hands.

To make it easier for the player one opening is initially sealed so he can learn a bit as the game begins and take it slow.

To jump a bit ahead and show the further evolution, here is the final version that made it into the jam entry. 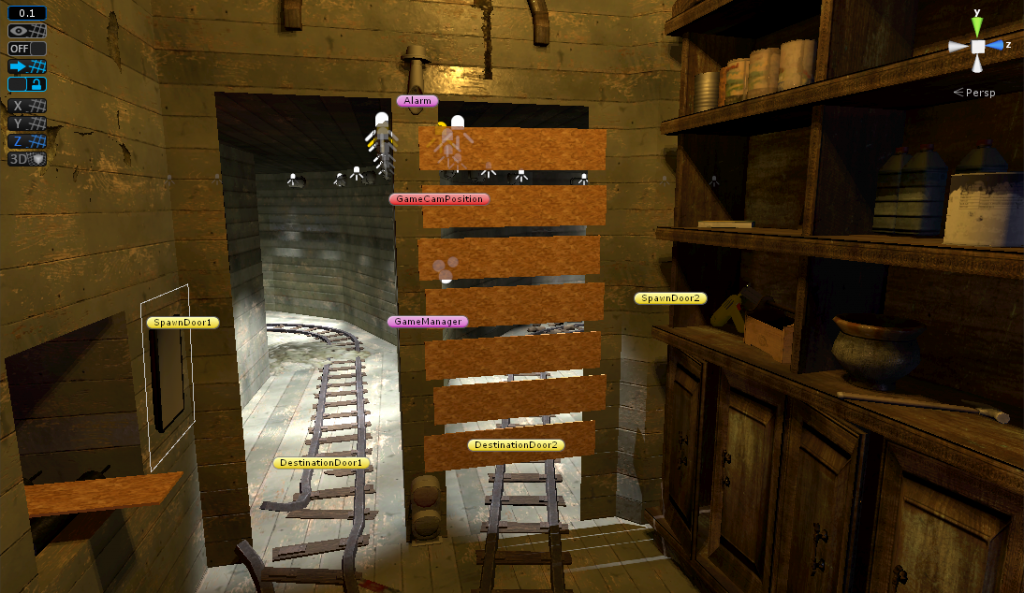 The lighting is much better, lots of props in the scene, the score counter is actually a monitor, there are broken tracks, UVs are corrected on the walls and much more.