We have a room, props, game mechanics. Now we need characters. Luckily there is the incredible Mixamo Fuse (now Adobe Fuse)that spits out ready to use Unity characters. They also have many animations available for free currently, including many zombie animations, what a coincidence.

First of all we need zombies. And for our tutorial we also need a girlfriend to become the first victim. I decided to go for 3 different zombies, two thinner ones and one more muscular who is also faster in destroying planks. For the girlfriend I opted for a more naive look with totally unfitting shoes. 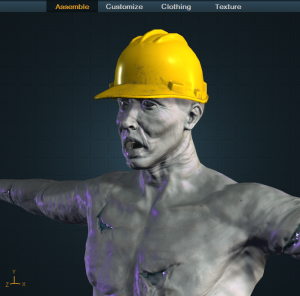 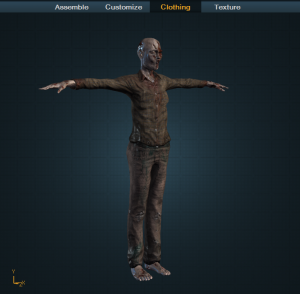 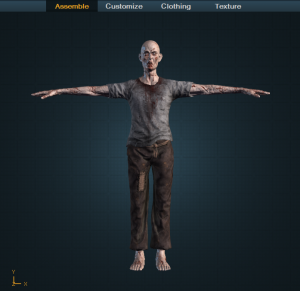 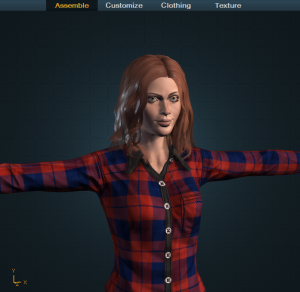 The zombies all spawn at a fixed point and then use the nav mesh agent component on their prefab to navigate to the destination point at the planks. The girlfriend does the same. I could not get root animation to work so I use a fitting speed for the nav agent and simply switch the walking animation active in the animator. It’s not perfect as you can see some sliding on the ground but the best I could get done without spending some hours debugging. 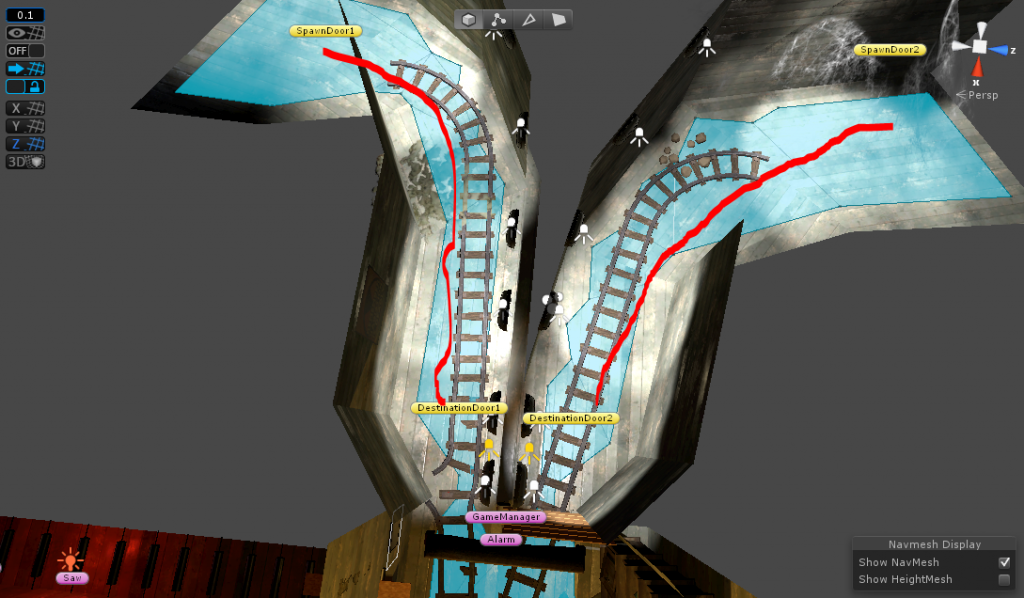 A huge part of the atmosphere is the sound. There is a constant humming sound in the factory and a sawing sound when new boards arrive, the lights go on loudly, but most of all the zombies have tons of sounds as well. A quick look at my game manager shows 3 sound groups. 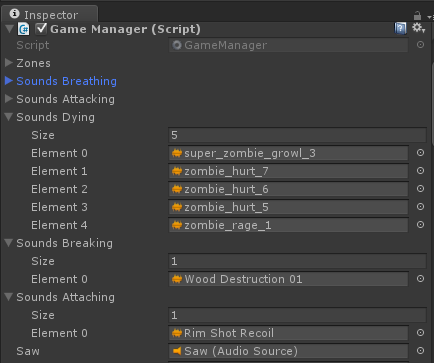 There are breathing, attacking and dying sounds. Breathing for example has 17 entries, attacking 20, dying 5. That leads to a huge variety of sounds and a quite believable unique atmosphere. I used the really handy Zombie voices asset for most of them.