Having only your hands puts quite some challenges on the interaction with the environment. The player starts the exe file, puts on the Oculus and then does not see the keyboard anymore. That is important to realize. He probably can still use easy to find keys like space and escape, but moving with aswd is already really difficult.

Let’s make a list of actions we need for Adit Rush.

To give the player a time to adjust and look around the game should not immediately start. We also need a place to display the current high-score. I think I found a very natural way by introducing a door in front of the room through which the player has to go. In the chamber he can also find the high-score and other gimmicks. 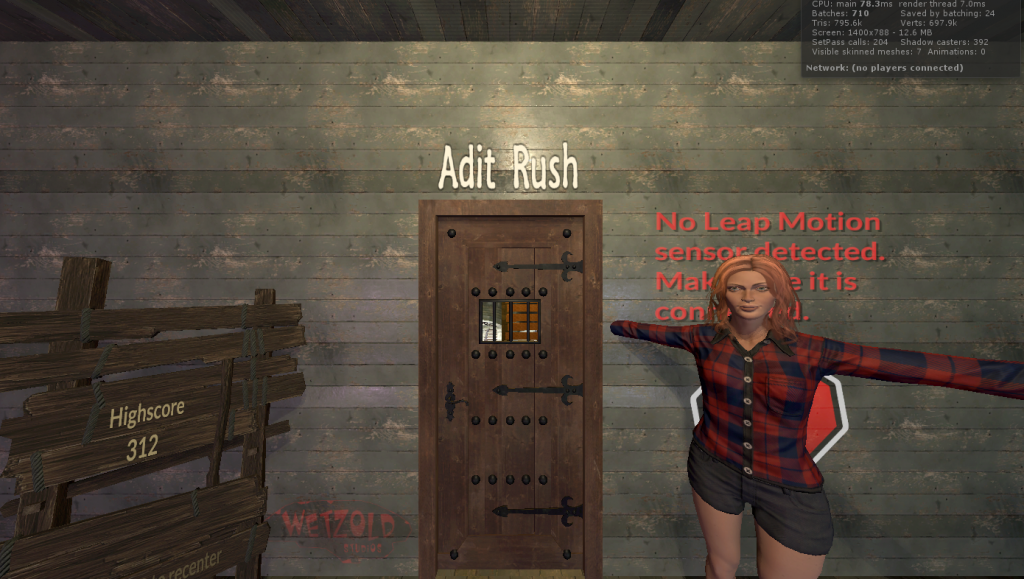 In front of the door is a trigger zone that starts the game when the hand enters it. An interesting gimmick here is the No Leap warning on the wall behind the female character. It will automatically appear if no Leap is attached signaling to the player what to do.

Pressing ESC at any time will end it. I think that is a good convention.

Take a plank & Attach it

To get this right was quite a bit of work and rework as it is the core game experience and needs to feel good. There should be a deliberate action by the player and not a situation where he accidentally grabbed something, but it should also not be tedious. Initially I had three zones: the wood dispenser and the two doors. I ended up with two zones, see green boxes below, combining both doors into one. 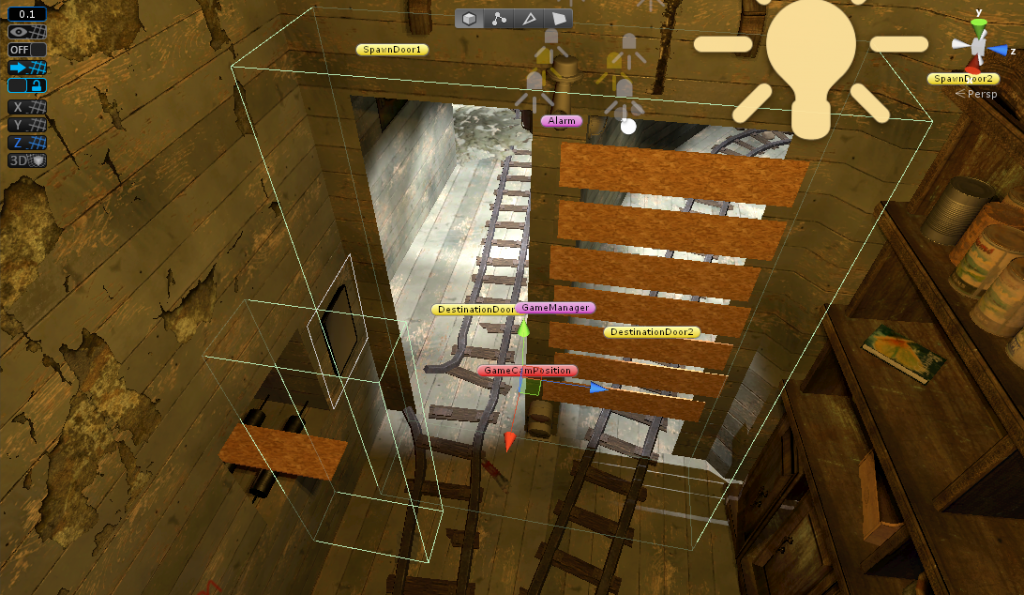 Look at the wood dispenser. It is much higher than the opening and extends quite far to the right. The reason is simple. The player is standing in the middle and he would have to bend his knees and lean far left to grab a plank. This way it is much more convenient, kind of like pointing only in the direction.

The zone at the doors is responsible for the snapping. If the hand enters this area with a plank it will be snapped to the door. Which door it is will be decided after ray-casting from the camera through the hand to the opening (there is an additional collider on another layer). This way you achieve the effect that you can attach a plank at the lowest and highest level easily without kneeling down.

Once snapped the plank will be attached if the right hand also enters the trigger zone.